Traffic passes a junction with three sculptures featuring a Hui Muslim woman, a Han Chinese man, and a Roman soldier in Yongchang, a city near Liqian village. Some people believe the area was originally settled by Roman soldiers about 2000 years ago, as the local inhabitants today have somewhat Caucasian features. This idea was first proposed by Homer Dubs, an Oxford University professor of Chinese history, who speculated in 1955 that some of the 10,000 Roman prisoners taken by the Parthians after the battle of Carrhae in southeastern Turkey in 53 B.C. made their way east to Uzbekistan to enlist with Zhi Zhi against the Han. Chinese accounts of the battle, in which Zhi Zhi was decapitated and his army defeated, note unusual military formations and the use of wooden fortifications foreign to the nomadic Huns. Dubs postulated that after the battle the Chinese employed the Roman mercenaries as border guards, settling them in Liqian, a short form of Alexandria used by the Chinese to denote Rome. .. 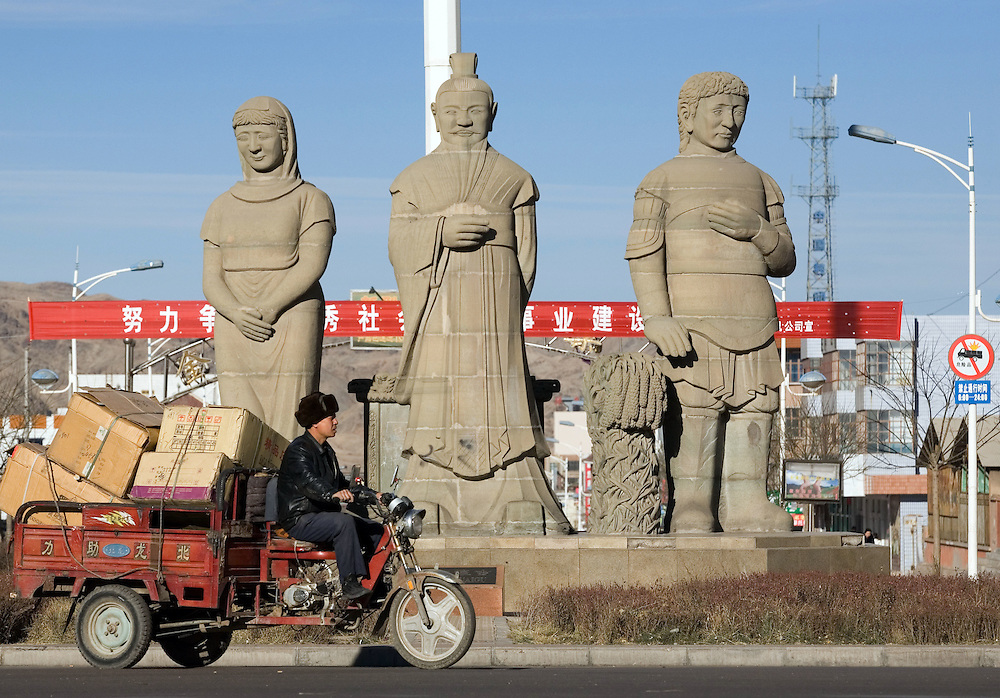